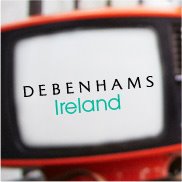 Debenhams – the well known department store had a few stores in Ireland – but these are all closed now .  In Dec 2020 all Debenhams stores in the UK were also closed as they went out of business .

The Irish Debenhams website (Debenhams.ie) was then closed down because of customs duty issues since Brexit .

There is still a Debenhams.com website – but it has been bought by BooHoo. It does not offer delivery to the Republic of Ireland.
Boohoo also bought three of the Arcadia brands – Dorothy Perkins, Burton and Wallis .
You can buy all of these brands on the BooHoo website.

Some Alternatives to Debenhams Online in Ireland

Debenhams Ireland Delivery charge was normally €4.95 – but it was Free on orders over €30

These were the locations of the 15 Debenhams stores in Ireland